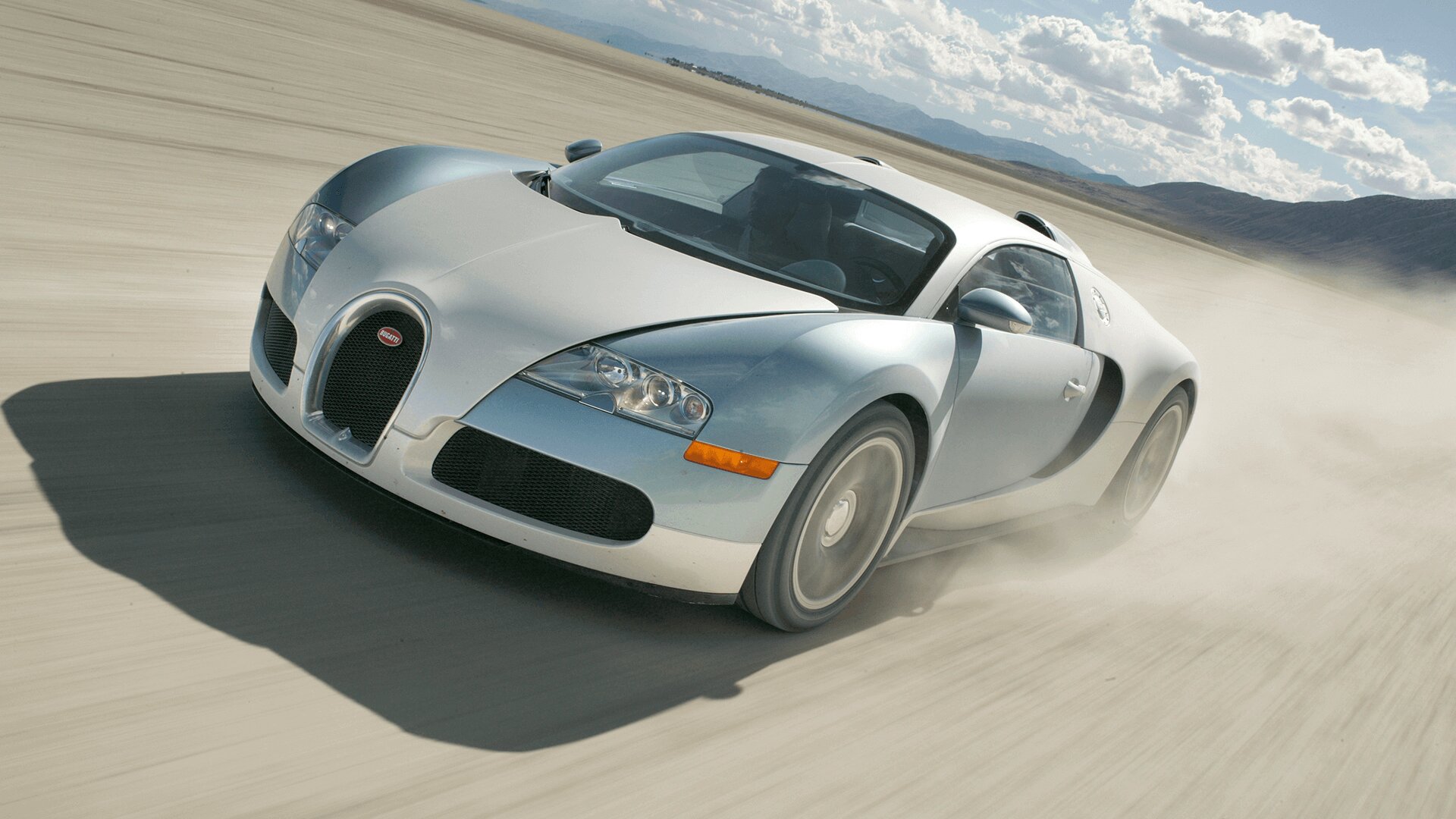 One also can’t ignore the Veyron’s rocket ship styling and its giant Bugatti grille that makes as big a statement today as it did 100+ years ago. Bugattis are not for the likes of you and I, but for the jet-setters, the high rollers, the one-half of 1 percenter.

But lucky for us, car lovers with short purse strings and thin wallets Autoart keeps churning out beautiful models of exotics, racers, and more. While these 1/18 scale wonders aren’t cheap, they are attainable. The latest example is the gorgeous Bugatti EB 16.4 Veyron in black and red. This matches the original car, chassis No. 001, and it’s a beauty.

Beyond those impressive earlier numbers, the Veyron touts an 8.0-liter, 16-cylinder engine with four bi-turbos. The engine is basically two V8s stuck together to form a W16 with 64 valves. All that also hooks up with an all-wheel-drive system. The car is excessive!

More numbers? Well, the Veyron has three radiators, the better to cool the turbo’s intercoolers.

Then there’s the parts count for assembling this model, well over 370 parts. Plus you can remove the engine cover to see the finer points of the W16 engine. Some may also wonder about the Veyron name. It is taken from noted French racer Pierre Veyron, who won the 1939 24 Hours of Le Mans. Bugatti, despite the sound of its name, has French roots and is now part of Volkswagen.

First, unlike so many sealed body models of late, the Autoart  Bugatti opens up. In fact, the rear hatch over its impressive engine, the front trunk and both doors open so you can see this model in all its glory.

Flip open the left door and the creamy interior is fully exposed. The rounded dash, the big gauge hood, the perfect gauges with detailed faces and awesome ornate center stack and console. There’s a pistol-grip shifer, a 3-spoke steering wheel with the EB (Bugatti) initials on the hub.

Even the doors are beautifully detailed with power window buttons, release handles and other controls, plus that little enclosed map pocket at the door’s bottom edge.

Lights are realistic front and rear, so much so you expect them to light up. Plus the front trunk hood opens and is well-supported by functioning hinges. In the back that hatch opens to reveal the engine, which is nicely detailed. But there’s also a rear wing that pops up and can be adjusted to several angles. So if you enjoy posing a model car with wheels turned and wings deployed, you can make this look like it’s just run a test for the Top Gear or Grand Tour crews.

There’s always so much more, like satin chrome door handles and gas caps, beautiful  12-spoked wheels with treaded tires, and mirrors with actual reflective faces. And naturally, you can read that Bugatti logo on the fine black mesh photo-etched grille. All air intakes use PE mesh to give the car increased realism.

While the 1:1 version build number is low, the Autoart is a limited edition too, just not quite as exclusive. Still, just 1,200 models matching the first Veyron are being made for worldwide sales.  Snag one now, unless you’re saving for the real thing!